The lender, a New York City based private equity fund, entered a motion to appoint a Receiver to preserve the asset value of a 22-story masonry 359-room hotel constructed in 1927 located in the Streeterville neighborhood of downtown Chicago.  The Hotel entered Receivership under the jurisdiction of the Chancery Division of the Cook County Circuit Court to establish court-supervised control of the cash, operating activities and negotiation of the union contracts. 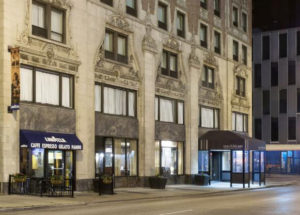